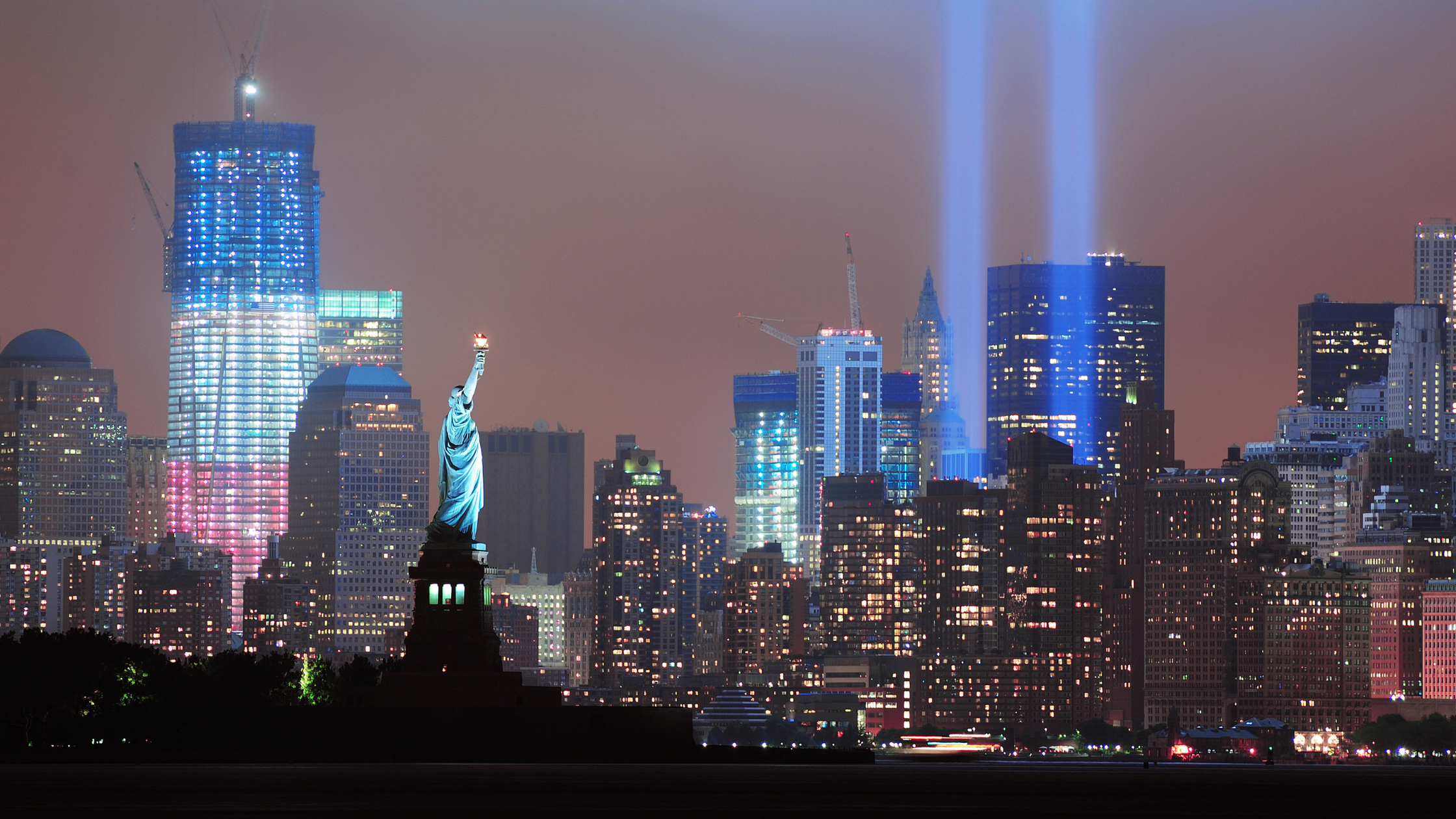 Twenty years have passed, and yet the the surprise, anguish, horror, and disbelief of Tuesday, September 11, 2001 is forever imprinted in our minds and hearts. We united as a country and held each other close. As call centers were overwhelmed and cell services were drowning in volume, we desperately reserved hope for loved ones, team members, neighbors, and those we've never met. We lit candles, wrote songs and poems, and stood under an eerily engine-free sky.

First responders ran toward danger, many giving all. Twenty years later, their children have continued the tradition of service and sacrifice. [Two decades later, more children of 9/11 victims are joining the FDNY than ever before. - New York Daily News]

Memorials and museums have risen with artifacts and stories of heroism. Most recently, the National Law Enforcement Museum re-opened with their Post - 9/11 Exhibit, showcasing 20+ artifacts that include airplane fragments from Flight 93, a steel beam from the World Trade Center, a limestone block from the damaged section of the Pentagon and part of the damaged food cart from Flight 93 when passenger Todd Beamer famously said, “Are you ready? OK. Let's roll.”

Above all, we promised to #NeverForget.

To honor the 20th Anniversary of 9/11, we asked Bio-One owners across the country to reflect on that fateful day. Below are their stories. 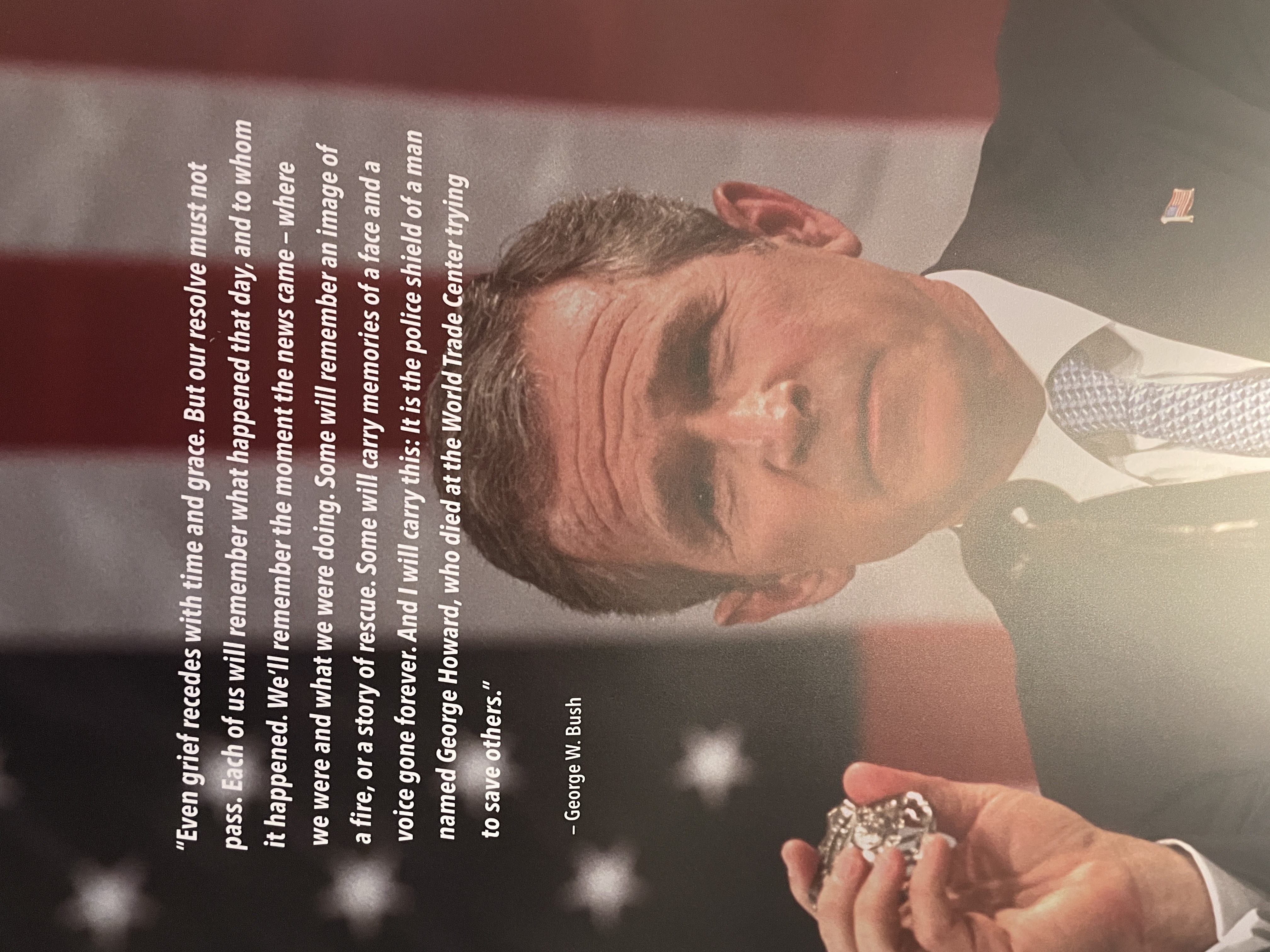 I am a retired FDNY fireman. I was assigned to Squad 41 in the South Bronx. We lost everyone, all six, working that insane day. Me and the rest of the crew were down at the WTC site by 12:30 on 9/11. I worked down at the site for over 56 hours before we broke up into sections and teams. Long story short I was basically working at the WTC site for the next nine months. It seems like yesterday and way to many stories and close calls and everything to say in a post.

On September 11, 2001 I was in Tampa Florida at a training for work. Was in a conference room with glass walls and there was a tv on outside the room that I can see and saw the broadcast of the 2nd plane hitting. Also took us 4 days to get back to Connecticut because all flights were cancelled.

This year we are sponsoring the Southern Arizona Law Enforcement Foundation golf tournament on Sept 11 2021.

I was in Lakewood, Ca just getting up and getting ready to go to school. My aunt worked in tower 2 so we were all franticly trying to call her. By the grace of God, she was not at work. She was at an OB appointment when it happened.

This year, we will be participating in a stair climb which is the number of stairs in the twin towers as well as participate in a golf tournament to raise money and awareness.

I was in between classes in high school in NY, laughing with friends and not a care in the world. Little did I know the ever lasting effects this tragic event would’ve had on my life. Teachers turned on the news in class. Just as the second plane was hitting. Juan and I were in school (yes we went to HS together lol). And I knew then he was in it and would sacrifice to fight back for our country. Even 20 years later, feels like yesterday. He joined the Marine Corps. We lost many friends, even still having to say goodbye to this day. All from the events of that one very sad day.

It’s a very somber day for me. No events. Just spending time with my kids and Juan. There is the 2021 Tunnel to Towers 5K Run & Walk in New York City Sunday, September 26, 2021, that I would love to do participate in. But, to be honest, going into the city scares me.

I was at home in Denver with our 2 young sons, while Gregg Chiasson was in Manhattan on business. He had a flight later that day, which of course did not happen. We were unable to connect with each other for hours that day. This was frightening to me. Gregg's experience was live there in Manhattan. I'm so thankful that he was safe and made it home eventually.

I was on my way to Tulare Western HS driving in my 1987 Dodge Ram50 truck to work. I remember hearing about it on the radio and I was in disbelief. Needless to say, I had to get ready to teach 160 HS students math and chemistry throughout the day. I don’t know if I made the right choice, but I decided to treat it like a regular day and went about teaching. As a young 29 year old, the gravity of the situation didn’t hit me like most. Other than saying a few prayers throughout the day, I spent the day teaching the best I could and gave student an opportunity to ask questions if it came up.

I was in Moscow Russia attending my first year of college. First time away from home. We had a math lecture and all of a sudden they turn on TV and we all stared in disbelief. We don’t know what is going on, we all thought it’s the beginning of world war 3. There were about 300 people in a room and we all stood up. Scary time. They sent us all home because no one including professors can concentrate but being scared on what’s next.