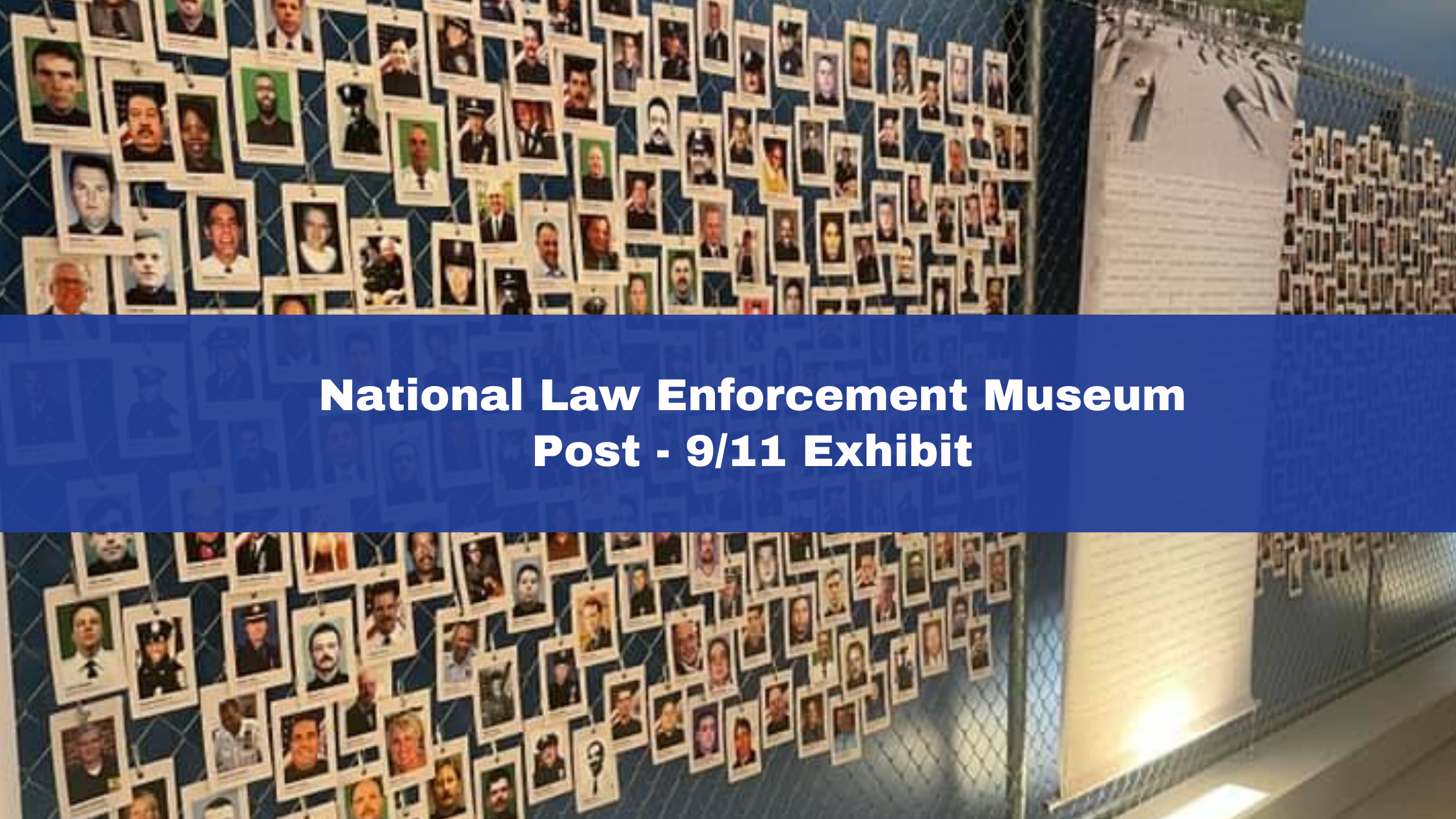 Having been closed due to the pandemic, the National Law Enforcement Museum and Memorial (NLEMM) re-opened with the new Post-9/11 Exhibit: The Evolution of American Law Enforcement. On August 26, Bio-One was invited to a private opening reception to get a first-look and remember the brave men and women who ran toward danger 20 years ago.

As described on the NLEMM website, the Post-9/11 exhibit marks the 20th anniversary of 9/11 and honors the officers who rose to the challenge that day. This will be the first exhibition to focus on the significant changes to U.S. law enforcement that occurred in the aftermath of the 9/11 attacks.

One of the most impactful displays in the exhibit is a wall of photos depicting all the members of law enforcement who died as a result of 9/11. As described by Police1.com, 72 officers killed on September 11, as well as 236 officers who died of illnesses contracted while working in the hazardous conditions at the WTC.

There are 20+ artifacts on display that include airplane fragments from Flight 93, a steel beam from the World Trade Center, a limestone block from the damaged section of the Pentagon and part of the damaged food cart from Flight 93 when passenger Todd Beamer famously said, “Are you ready? OK. Let's roll.” (Police1.com)

Bio-One is a proud 2021 corporate partner of the museum. To learn more about the exhibit and how you can help preserve the history of law enforcement, visit NLEOMF.org.